Platanus acerifolia, the London planetree, is thought by some to be a hybrid between the American sycamore, Platanus occidentalis L., and the oriental planetree, Platanus orientalis L., both tall shade trees. This cross occurred in the mid 17th century, perhaps accidentally when the two parent trees were planted close together, and became a popular street tree in London and other European cities because of its urban tolerance. Now, it’s a street tree all across the United States as well.

This tree is known and loved for its bark, which is shed from the trunk in strips as the tree expands. You may have noticed trees dropping bark after a period of heavy rain. The mix of brown, tan, and light colored patches is unusual and stands out in the landscape. This tree, just like some people, undergoes exfoliation, or “skin removal,” to retain a youthful appearance!

Although London planetree is difficult to distinguish from the American sycamore, there are a few discerning characteristics. First, the leaves of the London planetree have deeper sinuses, or cuts between lobes. Second, fruiting balls come in pairs instead of singly. Both trees reach a height of between 75 and 100 feet at maturity with a rounded crown composed of spreading horizontal branches. Trunk diameters range from 3 to 8 feet, although in 2016 this specimen was only 26 inches across.

The leaves of Platanus acerifolia are 4 to 9 inches wide with three to five toothed lobes. Fall foliage is yellow-brown. The species name acerifolia comes from the leaves resembling those of the maple genus Acer, which means “sharp.”

In 2017, lines of London planetrees were planted in Northampton along full-sun portions of South Street, and in front of the Gazette building on Conz Street. Eventually, these elegant deciduous trees will bear distinct exfoliating (shedding) bark in mottled patches of brown and cream. 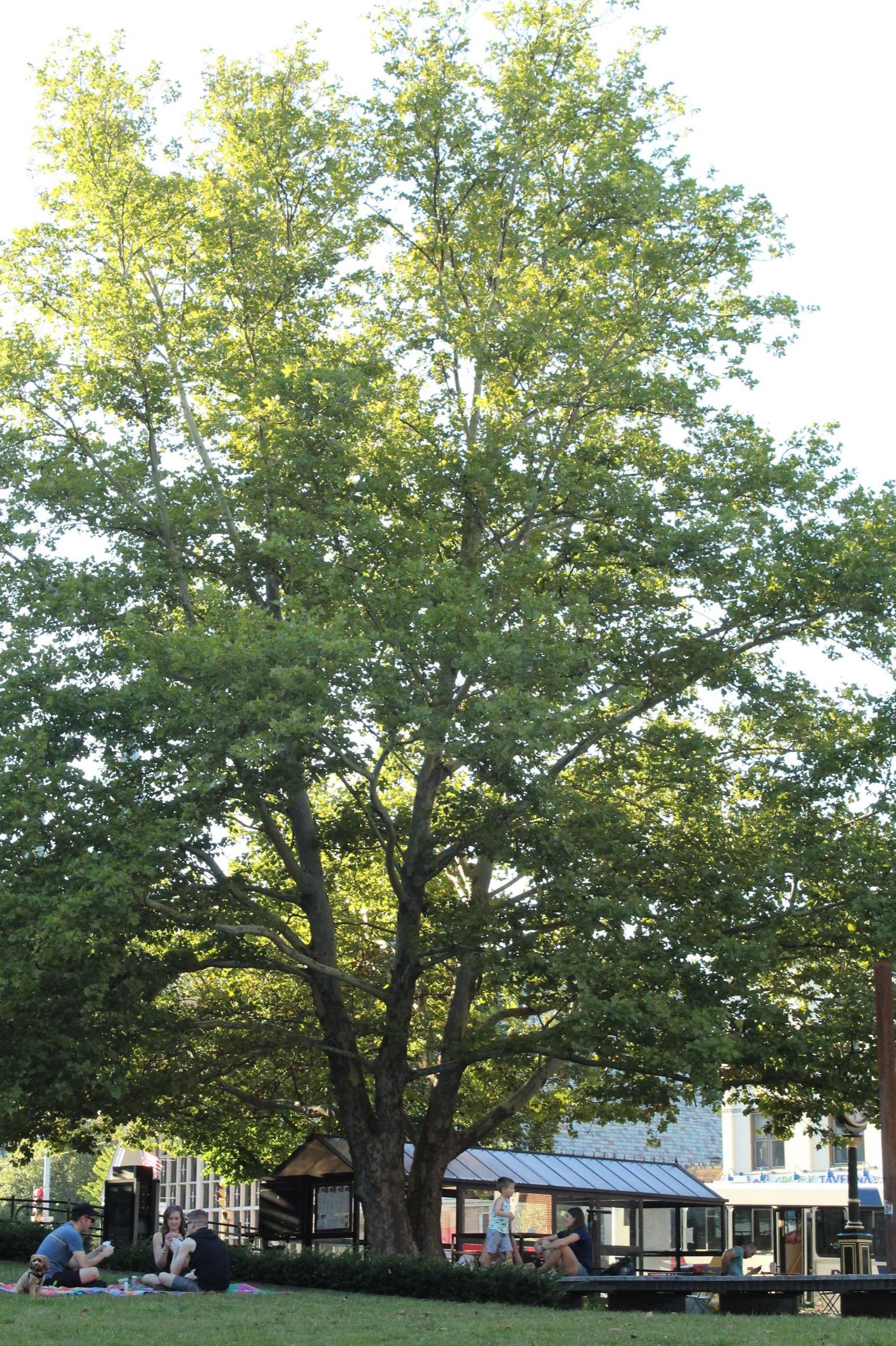